Universal Credit: This started to roll out in July 2013 in England. There are currently 9 pilot areas in England and only one in Inverness in Scotland which commenced in October 2013. These were for single unemployed claimants only but from April 2014, the 10 initial pilot areas have been accepting claims for couples and families. It is intended that UC will be fully implemented by 2017.

Discretionary Housing Payments: From April 2013, local authorities received funding from Central Government for under-occupancy charges (bedroom tax) and awarded extra payments to top-up housing benefit where the charge was unaffordable. The Scottish Government pledged additional funding from April 2014 to ensure that no tenant should suffer financially due to the bedroom tax. Those over state pension age or receiving pension credit are currently unaffected by the bedroom tax.

Personal Independence Payment: new claims are taking several months for decisions due to the requirement for an Atos medical assessment. Some renewal claims and changes of circumstances for Disability Living Allowance are being sent a PIP form to complete instead of DLA. Pip claims still only apply to adults between 16-65 years of age.

Employment & Support Allowance: from 28 October 2013 mandatory reconsideration requests instead of appeals must be made if found capable of work. The claimant is required to sign at the Job Centre for payment if no other income is available until the decision is changed or proceeds to the appeal stage. If found capable of limited work and ESA is retained, the claimant can be placed in the Work-Related Activity Group which means that they must attend work-focused interviews at a designated centre. Claimants can however, ask to have the decision reconsidered to be placed in the Support Group if they feel it is wrong and then proceed to appeal if necessary.

Job Seeker’s Waiting Days: changed from 3 to 7 from April 2014 before award can be made.

Job Seeker’s: Help to Work Scheme: those unemployed for 3 years and leaving the ‘Work Programme’ may be mandated to participate in ‘community work placements’ for up to 30 hours weekly or lose 4 weeks JSA.

New Job Seeker’s Requirements: to have prepared CV, e-mail address, universal job-match account on day one of claim and may be required to attend daily or weekly work searches in local Job Centres : failure to comply with any of these could result in an initial 4 weeks loss of JSA.

English Language: claimants will be screened in respect of their English speaking ability and mandated to attend English language training. Failure to comply could mean an initial loss of 4 weeks JSA.

Further failure to comply with new requirements and Claimant Commitment can result in complete loss of JSA for a lengthy period of time, depending on the decision-maker. Sanction decisions can, however, be reconsidered and appealed.

Child Tax Credit from April 2014: if child is between 16-19 years of age and still in Full-time education, claimants must inform HMRC by 31 August 2014 or will lose entitlement for that child.

New rules for EEA Migrants: from January 2014, EEA migrants who arrive in UK looking for work have to wait 3 months before claiming income-based Job Seeker’s Allowance. This does not apply to those who are working. After 3 months, will get child benefit and child tax credits for 6 months and then have to find work or prove they are likely to get work in the very near future. This may also affect entitlement to Housing Benefit.

Migrants: Child Tax Credits from April 2014: if child is between 16-19 years of age and still in Full-time-education, claimants must inform HMRC by 31 August 2014 or will lose entitlement for that child.

Migrants: Child Benefit and Child Tax Credits from July 2014: EEA migrants coming to UK looking for work or not intending to work will need to live in UK for 3 months before claiming child benefit.

State Pension Age: the Pensions Bill has been amended so that women’s pension age reaches 65 in November 2018.

Single Tier Pension: a single tier state pension will be introduced from April 2016. This will be at a higher rate than the basic means-tested Pension Credit. To qualify for the full amount, claimants will need to pay 35 years of National Insurance Contributions or credits but can receive a smaller payment if have at least 7 – 10 qualifying years. 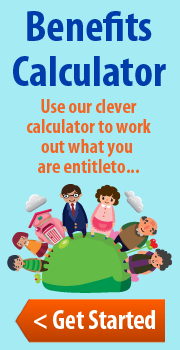